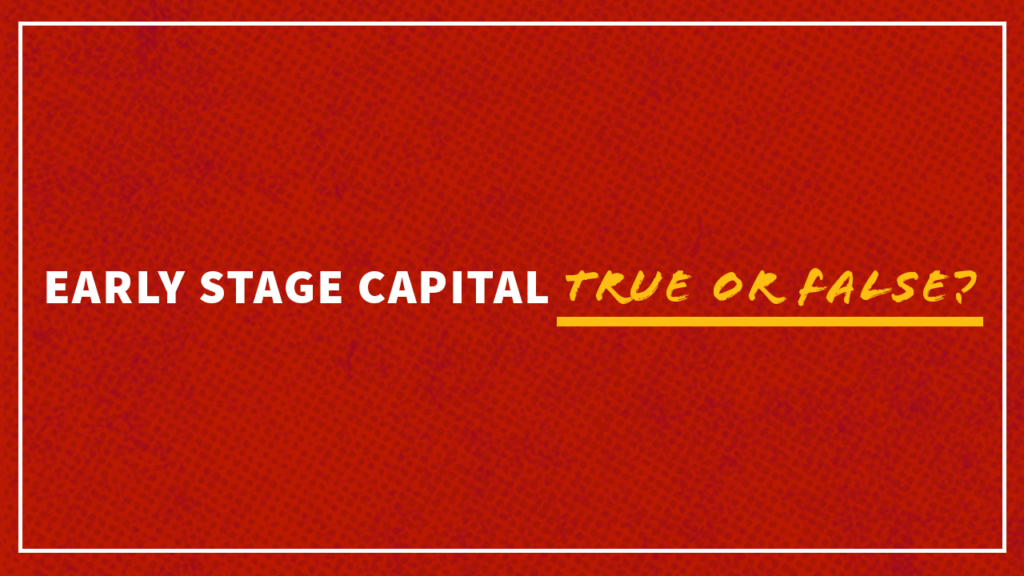 On our Grit & Growth masterclass on raising capital, featuring Zach George, general partner at Launch Africa Ventures and co-founder of Startup Bootcamp Africa, Zach provides honest, practical advice on what founders really need to focus on to attract and secure the right investors.

Darius Teter, executive director of Stanford Seed and Grit and Growth host, asked Zach a series of True or False questions about raising capital, and we’re excited to share their conversation below:

Darius Teter: Since you’ve been bringing up some of these market questions, I wanted to do something a little fun here. I want to play a game of investing, true or false. So I’m going to read a statement and you’re going to tell me true or false or something else and then explain why. So the first thing is angel or venture investors want their money back in five to seven years, true or false?

Zach George: Angel and VC investors, at least early-stage VC, are looking to constantly create liquidity so they can deploy into new ventures because technology gets obsolete very quickly and not having dry powder for the next generation of startups is an important factor in their decision making process.

Darius Teter: Okay. Next question. Founders will give up at least 20% ownership in each investment round.

Zach George: True. Most rounds account for between 15-30% dilution at series A and beyond. Yes, I’d say 20% is a good, healthy average.

Darius Teter: So founders won’t hold a majority stake of their own business post series A, true or false?

Zach George: It’s a tough one. The benchmark that I say to founders is post series A, you, the founders, together with the ESOP should own at least 50% of your business, so 50 plus one point. Beyond series A, you shouldn’t expect to own more than 50%. So I’d say at series B, founders will not own the majority of their business, but at series A, they probably will still own just over 50%. But that’s founders plus employee stock options. Sorry that wasn’t a direct, simple true or false answer.

Darius Teter: No, this is great. This is not necessarily well known to everybody. In the early funding rounds, the lead investors will ask for a board seat, true or false?

Zach George: Yes, true. It doesn’t happen as much at the pre-seed and seed stage, but definitely at series A, the lead investor will almost always ask for a board seat. What I advise founders to do is to have clauses in their series C documentation that say that a board seat is only held until the next round and at the next round, it is at the discretion of the lead investor of the next round, because leading a seed round does not guarantee a board seed forever. I’ve seen a few vulture capital funds. I use that word on purpose, vulture capital funds ask for that. And those can be quite detrimental to… I’ve seen deals where having or requesting a board seat ad infinitum has killed the next round of funding. The fair thing as a founder is say, “I’ll gladly give you a board seat if you’re leading my current round, but it’s only until my next round, at which point it is subject to negotiations with the new investor at the new round.”

Darius Teter: And will these boards in these early stages of funding, will they have the power to approve budgets, to audit auditors, to approve the key hires?

Listen to the full episode of Zach’s Grit & Grwoth Masterclass at Amazon Music, Apple or Spotify!